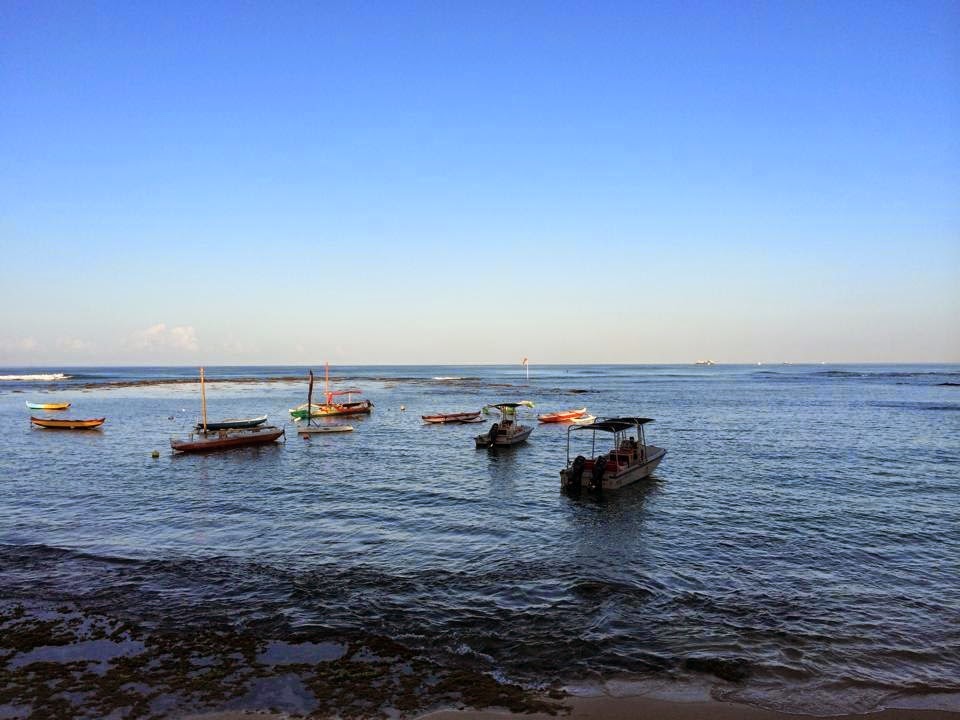 Saturday was a BEAUTIFUL morning for a swim...but first things first. I started the day with a 13.5 mile run...Honu is 3 weeks away so couldn't let this swim race get in the way of my planned run for the day...anyways....

Outrigger Canoe Club puts on a 1.1-ish mile invitational swim every year and it's followed by a great brunch, dry fit T-Shirts, Cookies by Design, beach towels and time with friends. Todd Iacovelli was the race director this year and he did an amazing job! Thanks Todd! The course was explained well, it was well marked with three orange buoys and one yellow buoy, the lifeguards and volunteers on jet-skis on the course were well positioned and visible and most importantly, everyone swam with Aloha. 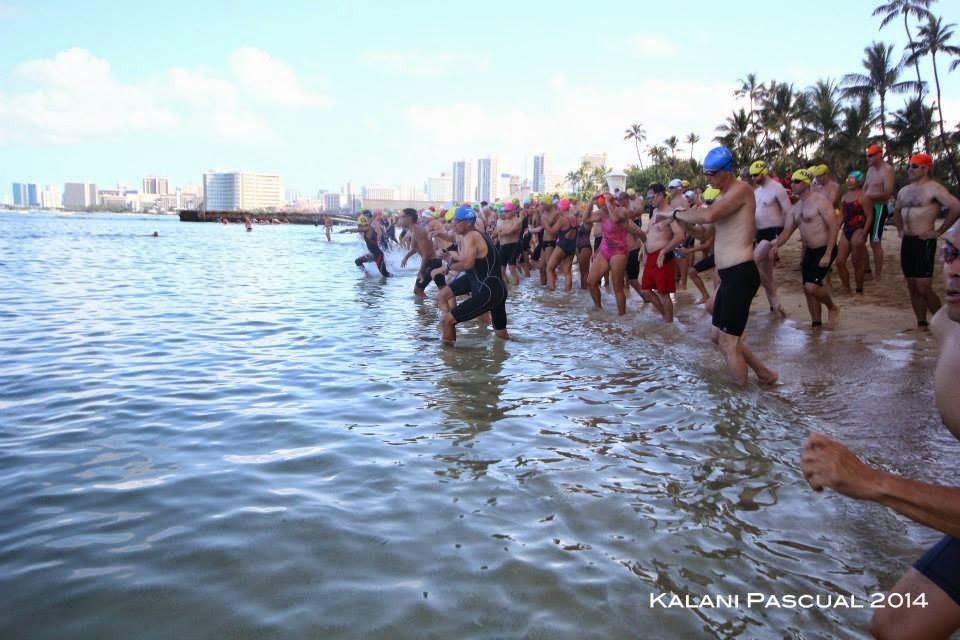 The water conditions at this race are never the same (last year we had wicked currents), that's ocean swimming for ya!, but this year we were lucky enough to have epic conditions (I have embraced rough ocean swimming conditions lately, the rougher the better, but conditions like this are equally as sweet). It was low tide, there were minimal waves and swell and the water was crystal clear. I rarely take time to look at my surroundings under water when racing, being an ex-indoor-pool racer we never got the opportunity to check those kinds of things, it was black line (or ceiling) ALL THE TIME, head down and swim, but Saturday was beautiful, fish everywhere and 3 Honu!

I was super happy with the swim. It begins at Sans Souci (Kaimana) beach, we swim out to sea and do a counter clockwise triangle then swim back in to the Outrigger Canoe Club. Very low key beach race start, no pushing and shoving, no jockeying for position, no countdown, just a 5 minute and a 90-second warning. I was alone (read... out front with my feet getting tapped every other stroke) all the way until the first buoy, at which point, the eventual male and overall winner came around me, I grabbed his feet for a while until I realized he was heading in the wrong direction...whoops, so I turned and went the right way. Finally he got back on track and took off. I should have stayed on his feet, but I let him go, rookie mistake! The rest of the race was swum alone. I tried a few times to close the gap, but wasn't making up any time and he wasn't gaining on me, so I settled in and swam at a pretty good pace, (all the while checking out the scenery below) for the remainder of the race. In retrospect, I probably should have paid a little more attention toward the end as I finished the race a bit  far left and had a much longer beach run than everyone else. Next year.

It's tough to compare times year-to-year, week-to-week and even day-to-day in ocean swimming because the currents, tide, weather and conditions dictate the actual length and finish times. Overall, I think I did swim faster than I did last year (although it was a totally different course), at least I felt a whole lot stronger in the water and I am building my swim confidence once again. I ended up 2nd OA and 1st female.

Thanks Kalani for the great pictures from the day!

Only a few more weeks until Honu...getting excited!!!