I have really started to LOVE ocean swimming these past couple months. Since we got back from Canada, almost every weekend was spent swimming in the ocean with friends, playing with dolphins and Honu and even the occasional (RARE!) monk seals playing with each other. Mostly, just enjoying our time swimming and exploring the beautiful ocean we are so lucky to have right outside our doors... 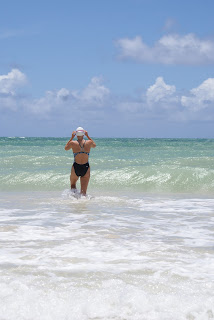 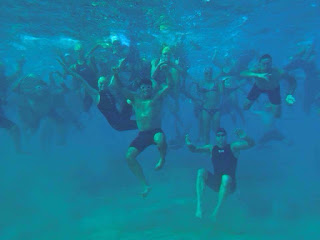 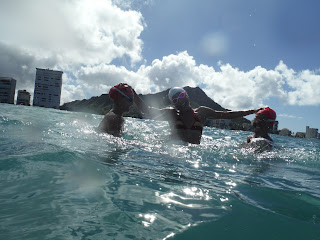 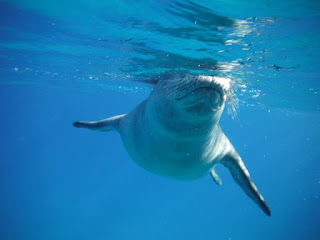 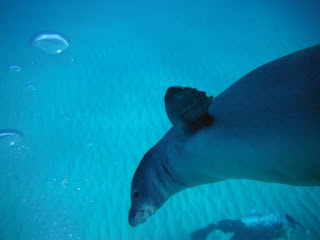 I was really looking forward to finally swimming the Double Roughwater this year, however in recent weeks there have been some goings on in the ocean, in Hawaii and ultimately they have canceled the race for this year.

There has been a spike in shark attacks here in Hawaii.

Typically, October and November are when sharks come in closer to the main Hawaiian Islands to give birth, it's safer for them closer to shore, makes sense. (the closer we swim to shore the safer we feel, usually, right?). In addition, the Sea Turtle population has grown considerably in the past few years and the man in the gray suit loves him some Honu, this year the water temperature is approximately 5 degrees warmer than it was last year at this time (the coral is bleached white all over the place), el Nino, it's been raining a TON which causes run off into the oceans which makes the water brown and murky...so, there have been some attacks. Which is extremely unfortunate, to say the least. More and more beaches (on all sides of the island) have been closed lately or had signs put up indicating "Shark Sightings." Are we just more aware or are there truly more sharks closer to shore? I'm not sure.

Now don't get me wrong, I know sharks and other big things live in the ocean, it's their home and we are just visiting, however it's never really been on my mind. I know they are there and if we stay out of their way then they will stay out of ours. Naive? Maybe. But it's really never truly been on my mind.

I will be back in the ocean soon, but I think it's smart right now to respect what is going on. The climate in the ocean is different and shark activity has increased. We should give it some time and let the experts figure out what is going on. It's sad to think ocean swims will be limited, but I'm not going to take my chances right now. Be smart and be safe out there.

Here's a few of my ocean safety tips if you are going to be recreating in the ocean:
-don't go alone!
-wear a bight colored swim cap
-don't go in the water with any open wounds (blood attracts)
-if you swim in a group...a kayak or stand up support is always a good idea
-don't go farther than you are physically capable
-stay within view of shore/lifeguards
-for goodness sake, don't swim in murky or brown water
-aviod wearing sparkly or shiny items while swimming in the ocean
-wear a SharkBanz (My parents sent us 2, haven't tried it out...but it certainly won't hurt to have an extra layer of protection)
-get out calmly and quickly if you see a shark, don't panic, splash around and cause a raucous

and since I will be spending a lot more time in the pool in the near future...an article I came across, "Dear Swimming"

Stay safe out there!