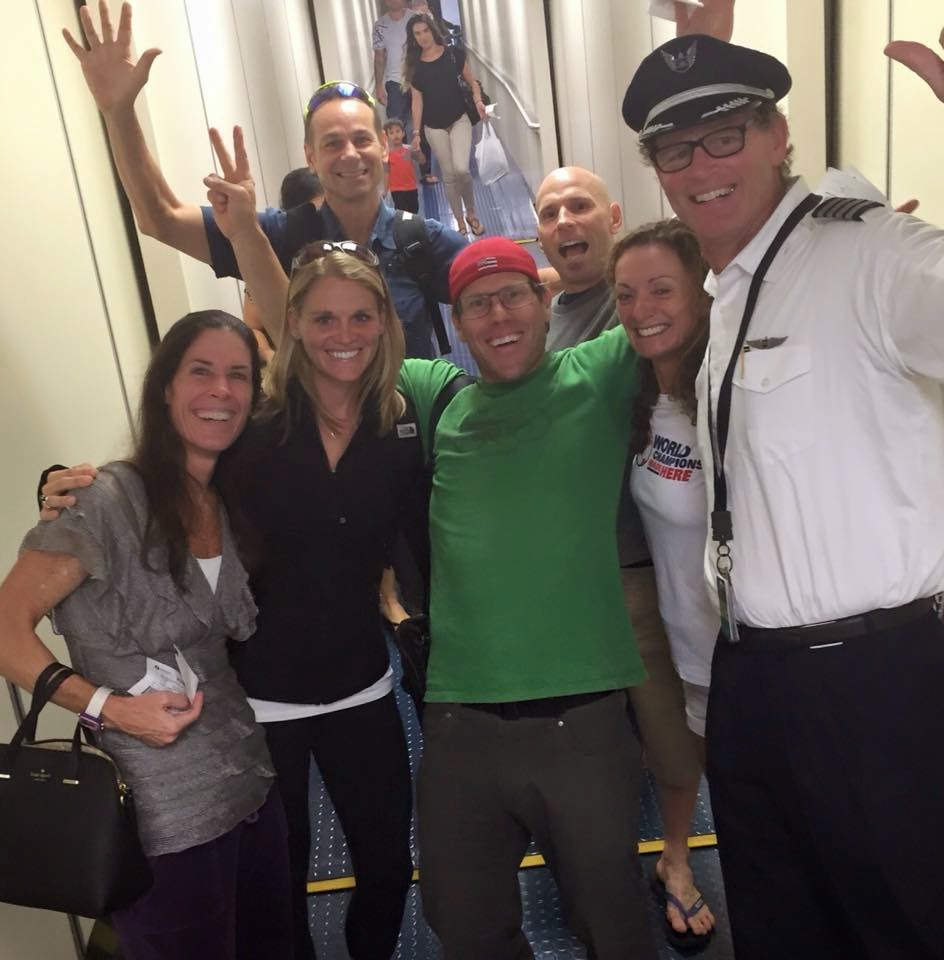 Three days on the Big Island, 100+ miles of riding, 27+ miles running and a mile or two of swimming. Not too shabby for a quick little jaunt over to another island. 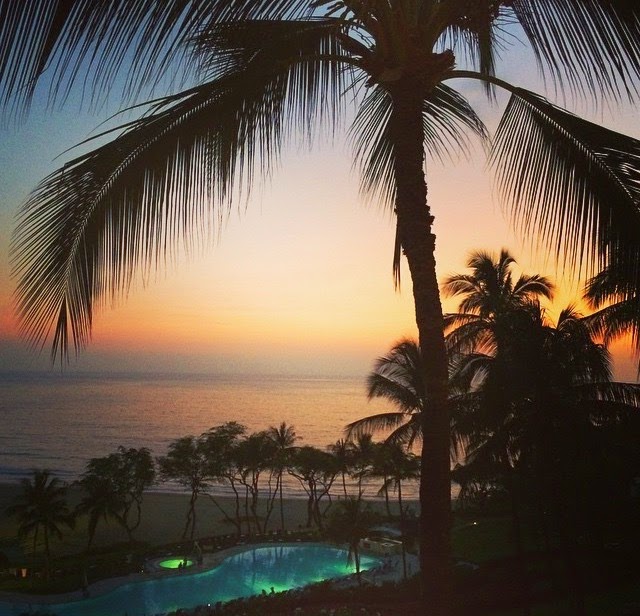 The sunsets, waking up to waves crashing on the shore right outside your window, the wide open spaces and HUGE, clean bike lanes, the vog (ugh!), the wind (wait, there was no wind! total anomaly over there on the Big Island), hot, hot, hot, hilly runs on "the rollies", crystal clear ocean swims, turtles, Kona crabs, Manta Rays and most importantly the company made for a truly enjoyable training weekend!

I'll let the pictures do most of the talking, nobody needs the nitty gritty of the whole weekend! I'll keep that to myself. 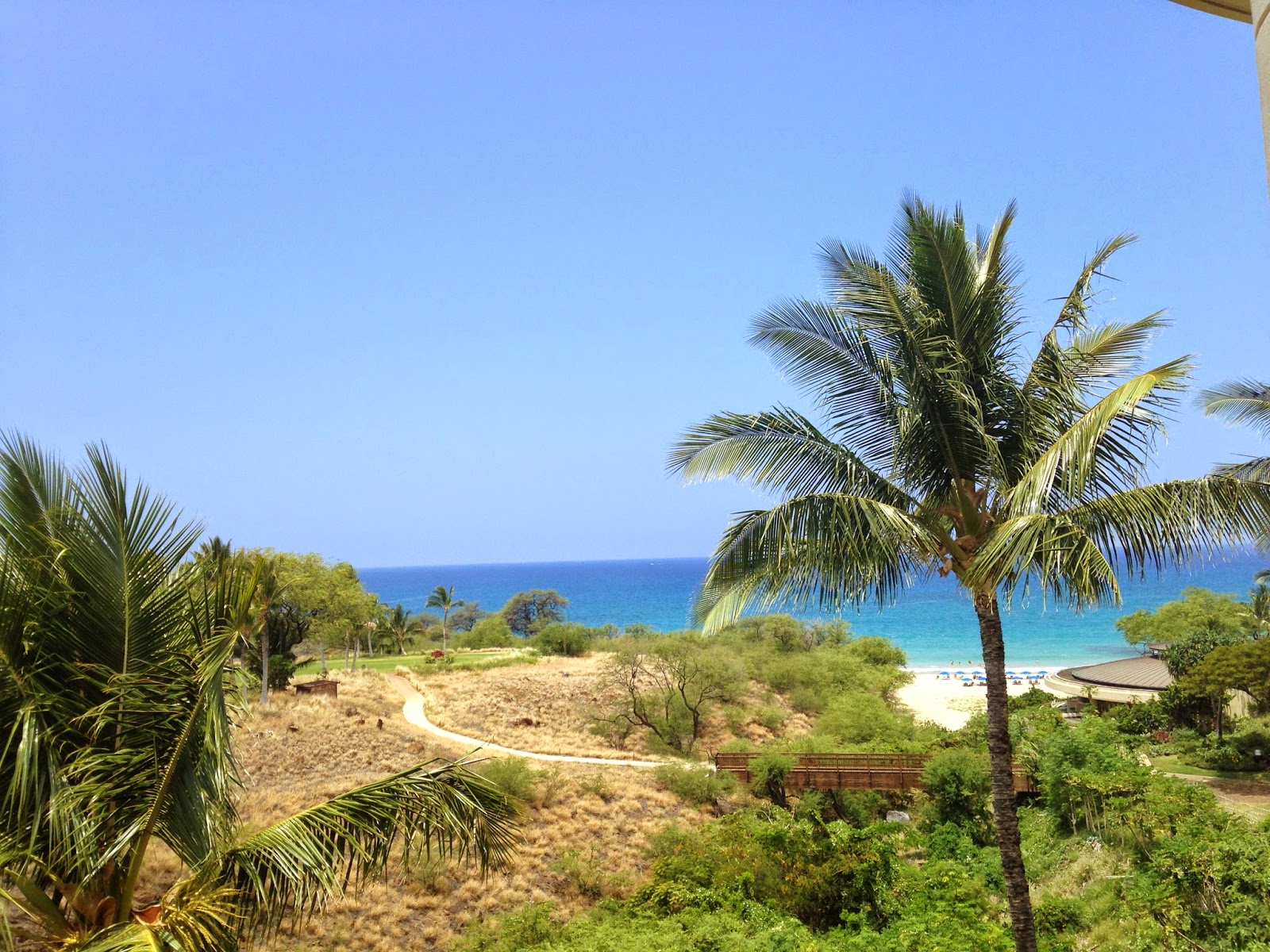 Day 1:Today's big focus was a ride out to Waipio Valley, Old Mamalaoha Highway (possibly my favorite road ever to ride on, no cars, beautiful, sweeping, rolling, wide open, smoothly paved roads) and back to Waimea. We also swam some and ran a bit later in the day. 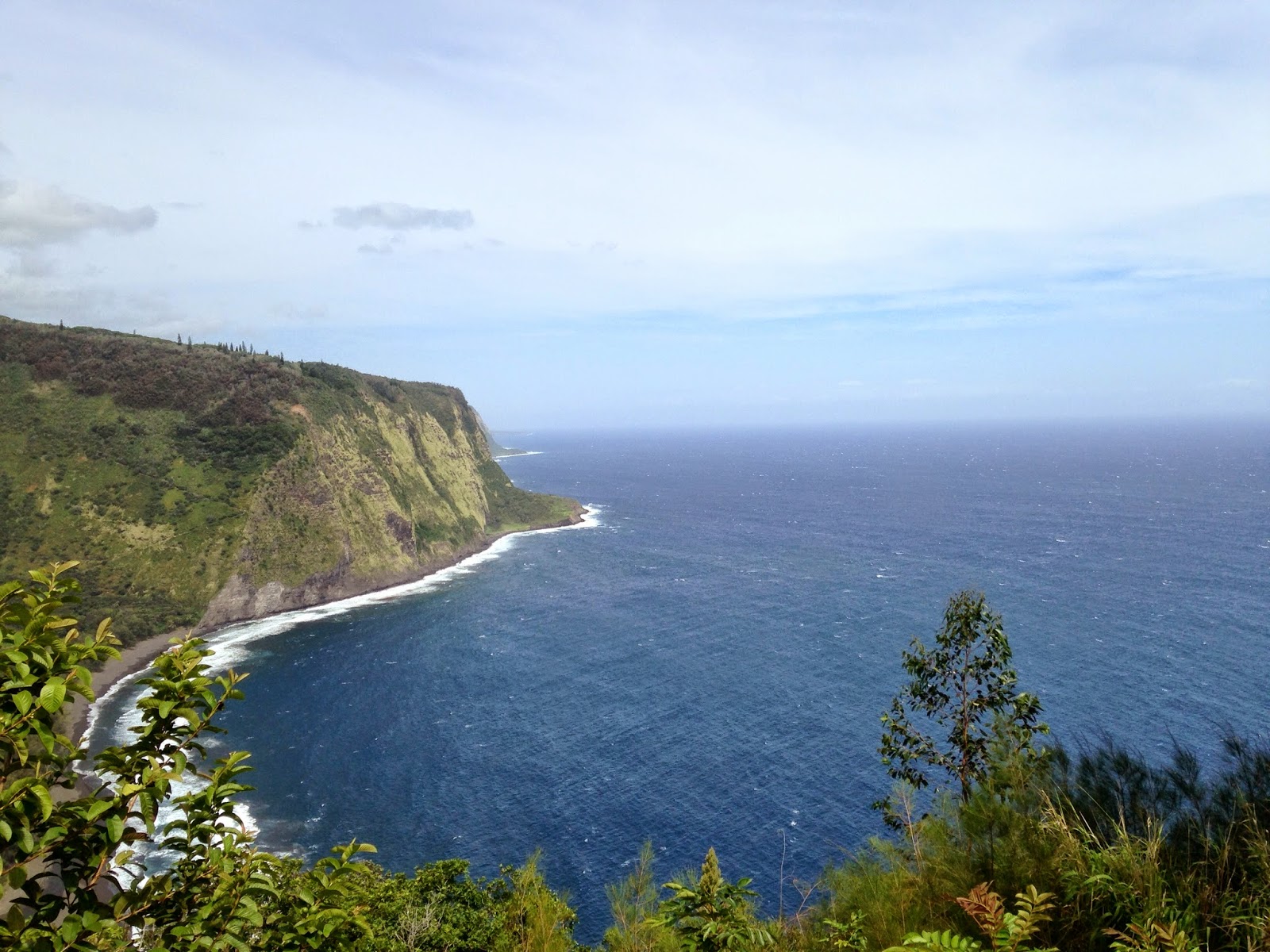 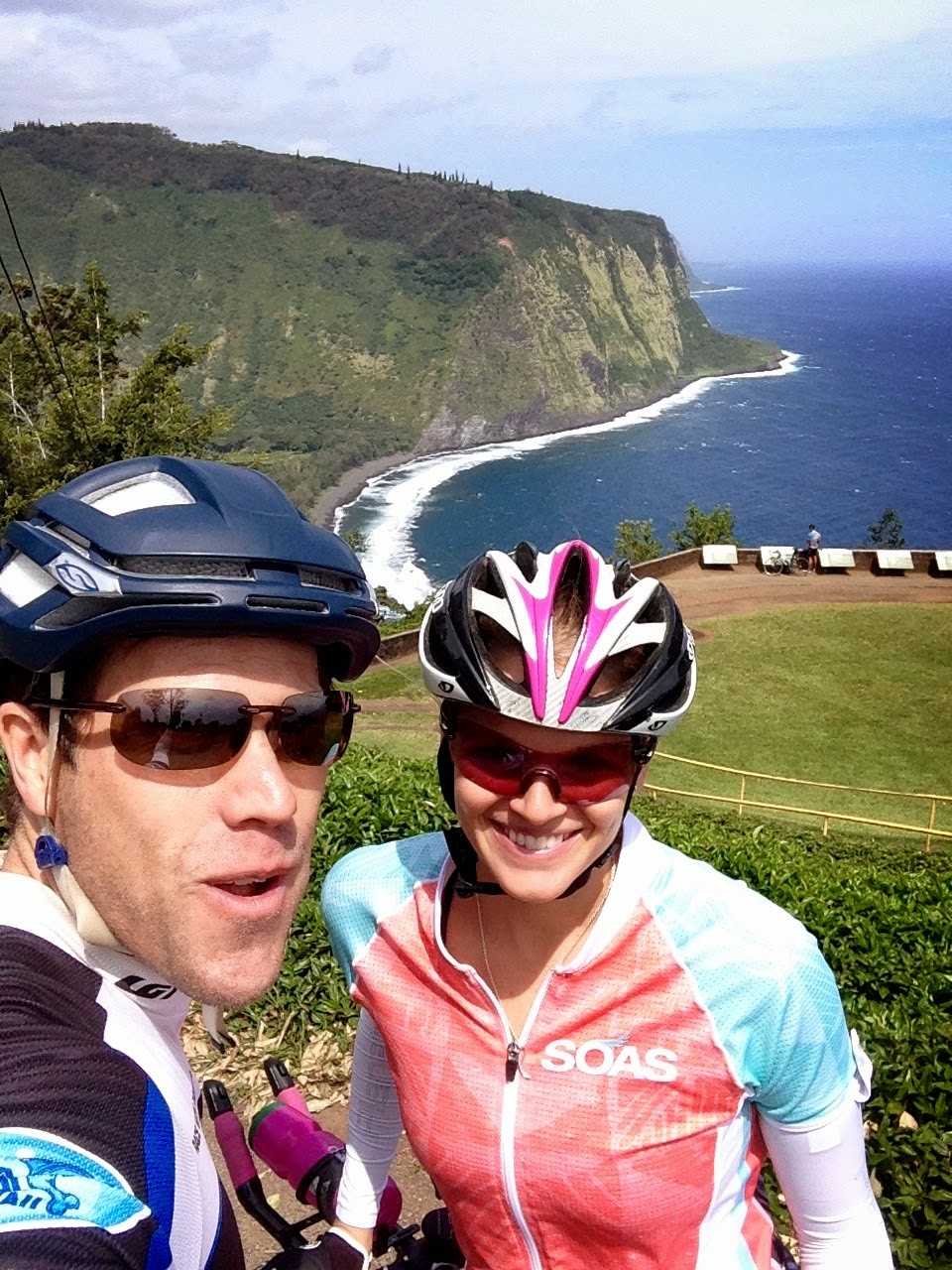 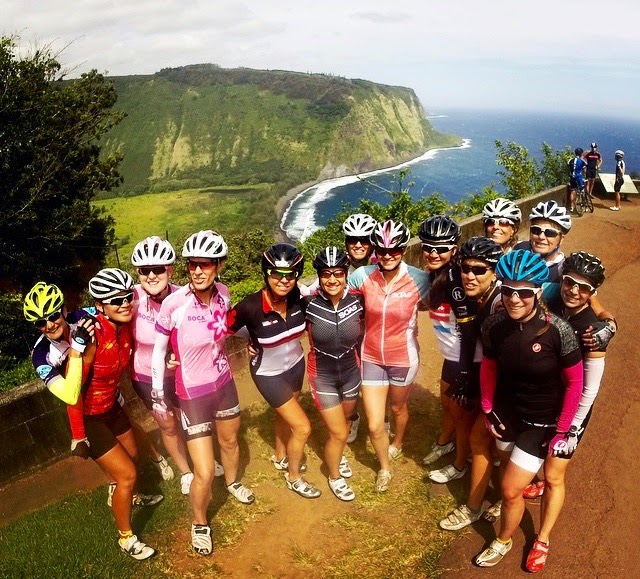 Day 2: Another day of riding, this time to Hawi and then on to the end of the road at Pololu Valley. 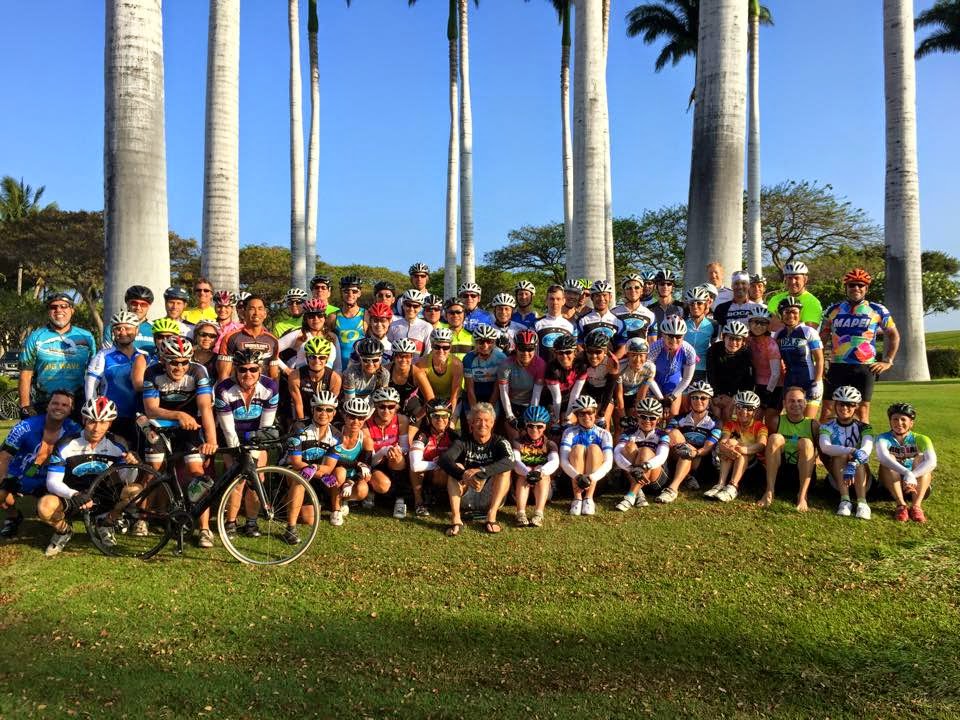 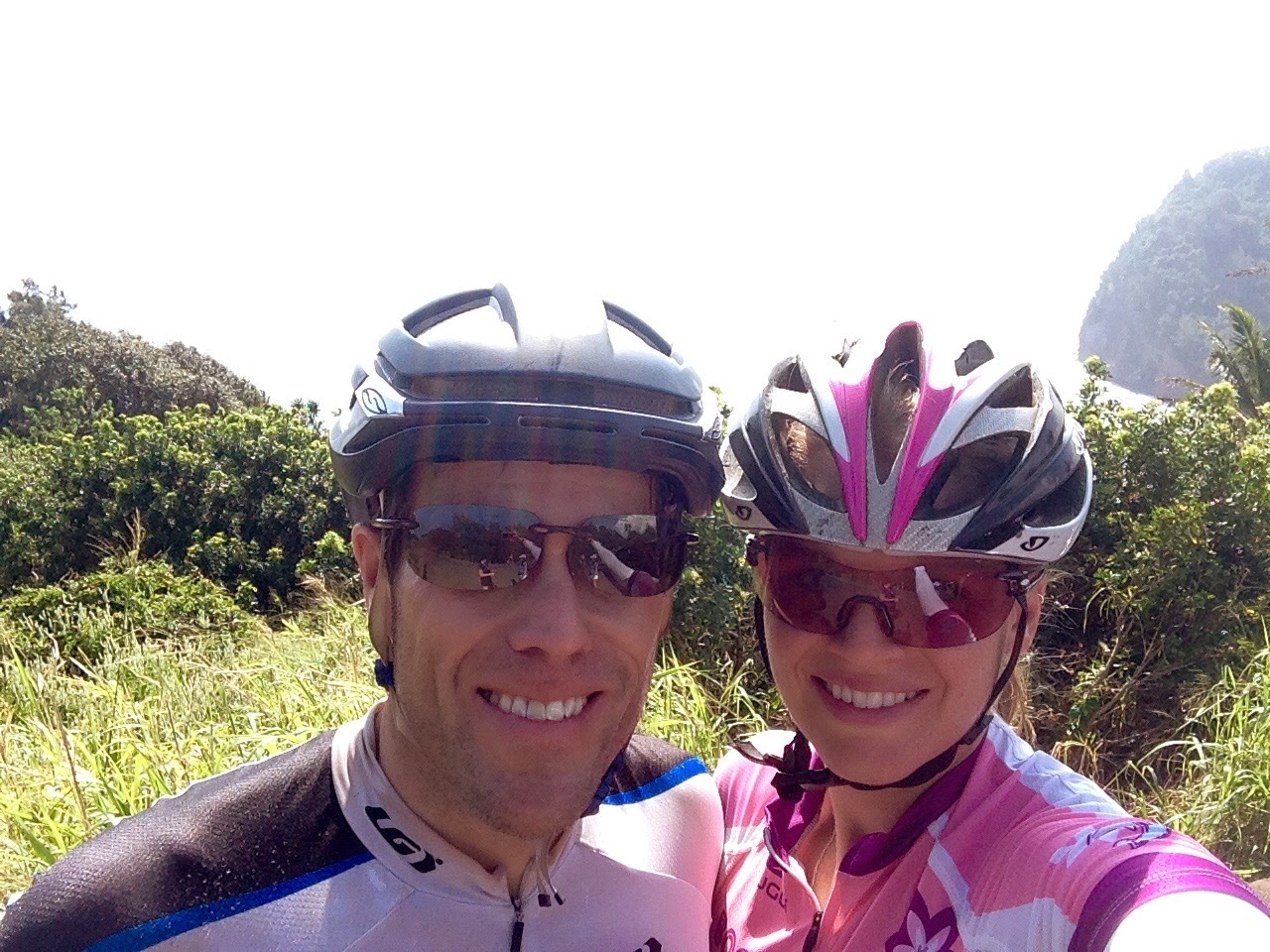 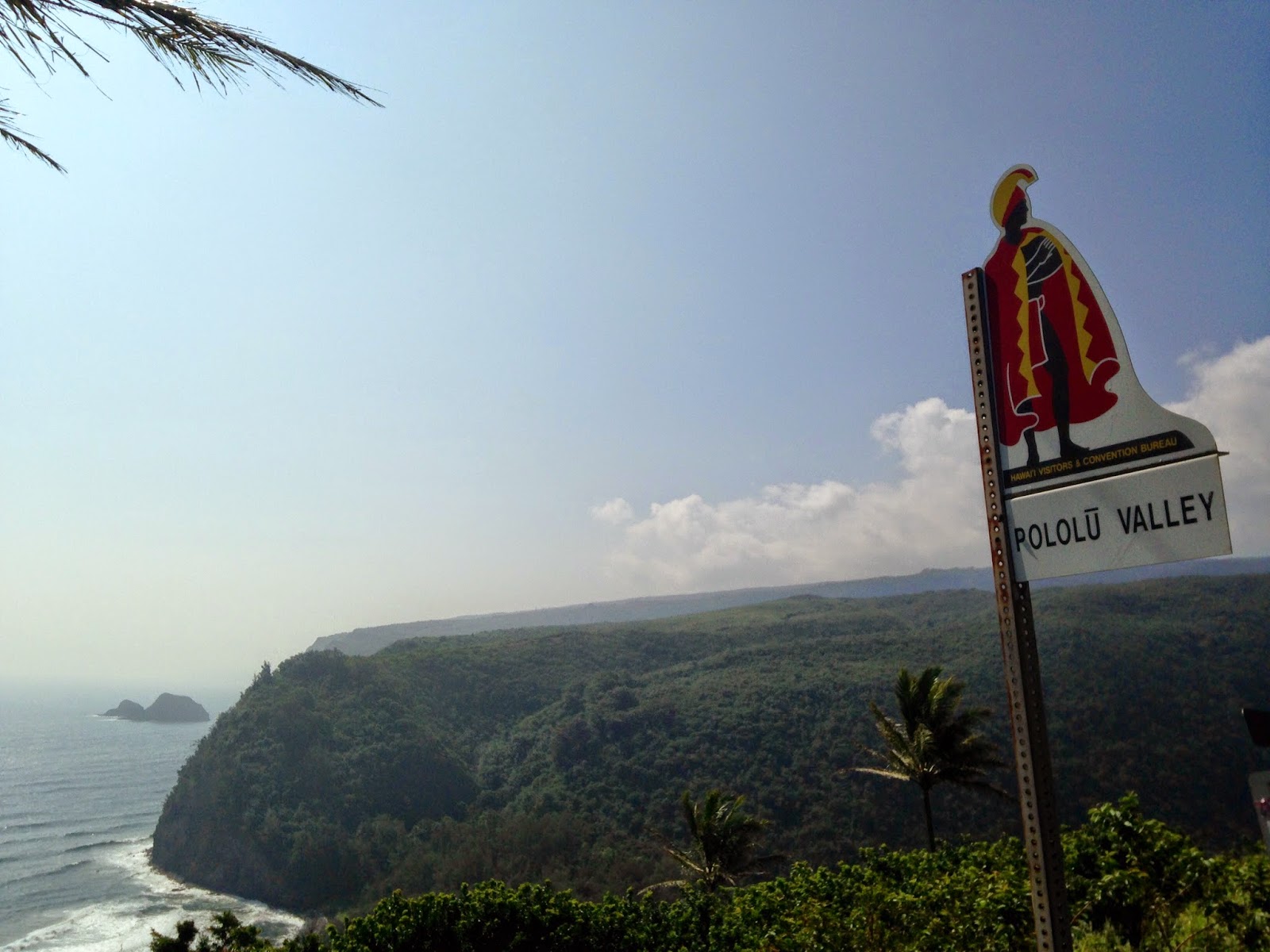 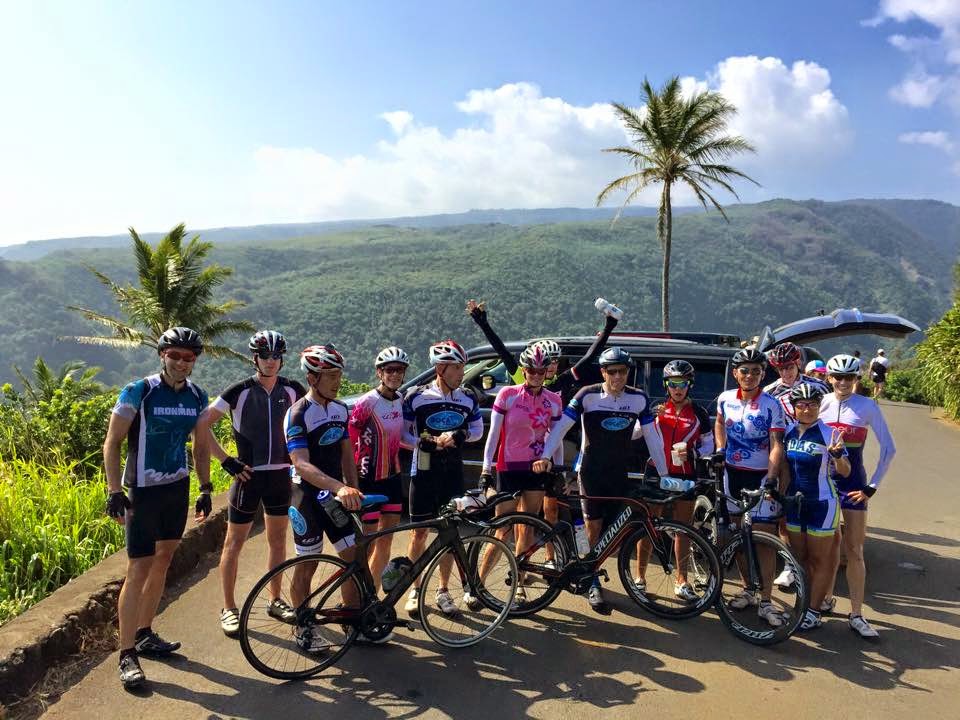 We followed the ride up with a little run and then later in the day a swim and our traditional "BOCA Soup" to round out the day. 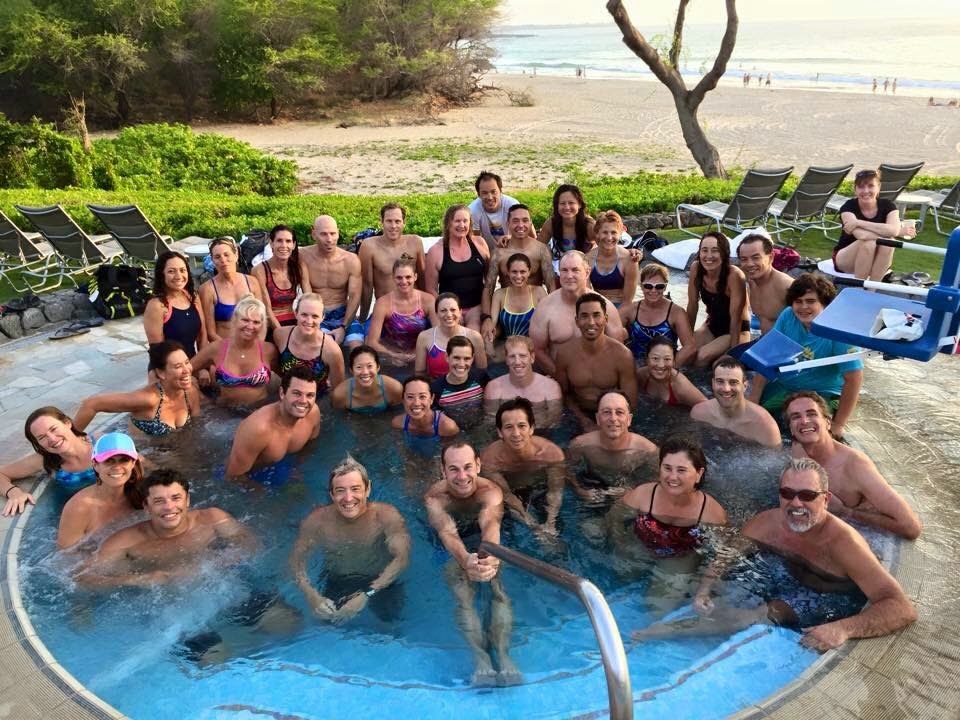 Day 3: We get the lifeguards at Hapuna Beach to set up the Honu swim course, buoys and all, and got to test out the waters. I sense a new tradition.....BOCA underwater photo op! This swim was amazing, I wish I had a camera of my own to use as the Manta Rays were playing in the water along the course. Super cool to get to swim with them up close and personal. 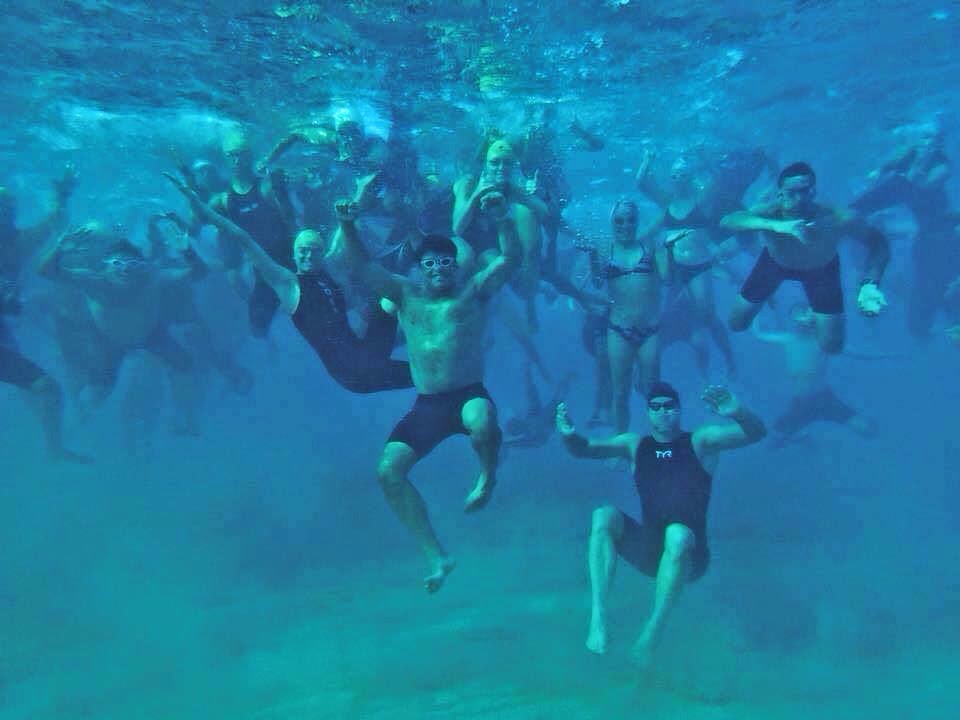 We followed this up with our long run, just as it started to get hot, hot, hot! Great Honu prep!

Couldn't have asked for a better weekend! and couldn't have done it without our great sherpas! You guys make this weekend possible!

I didn't take all of these pictures, so thanks to everyone that did! 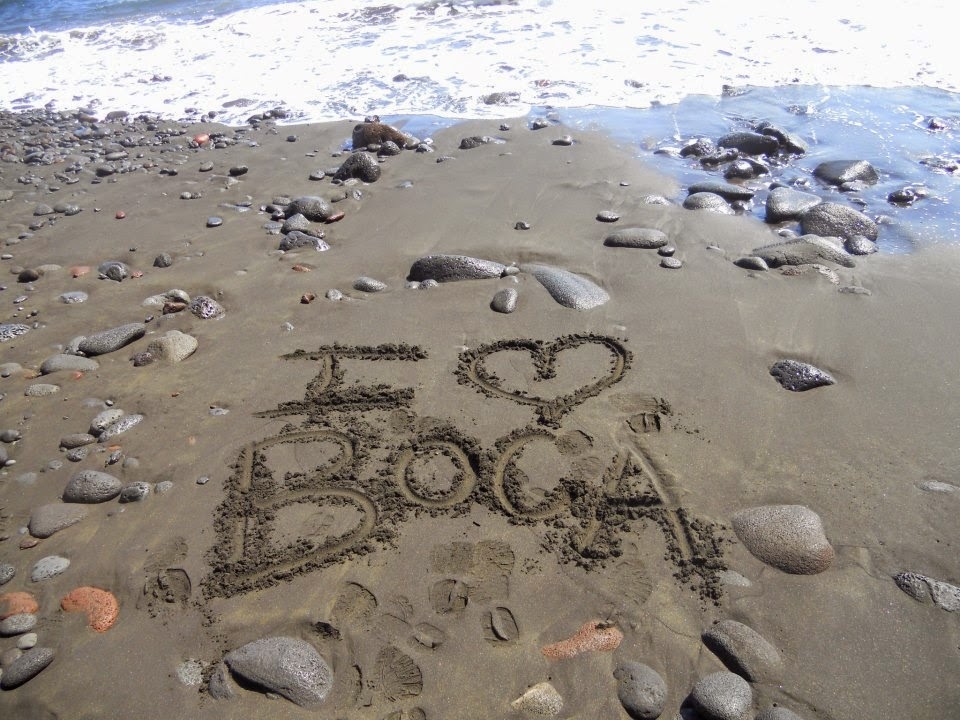 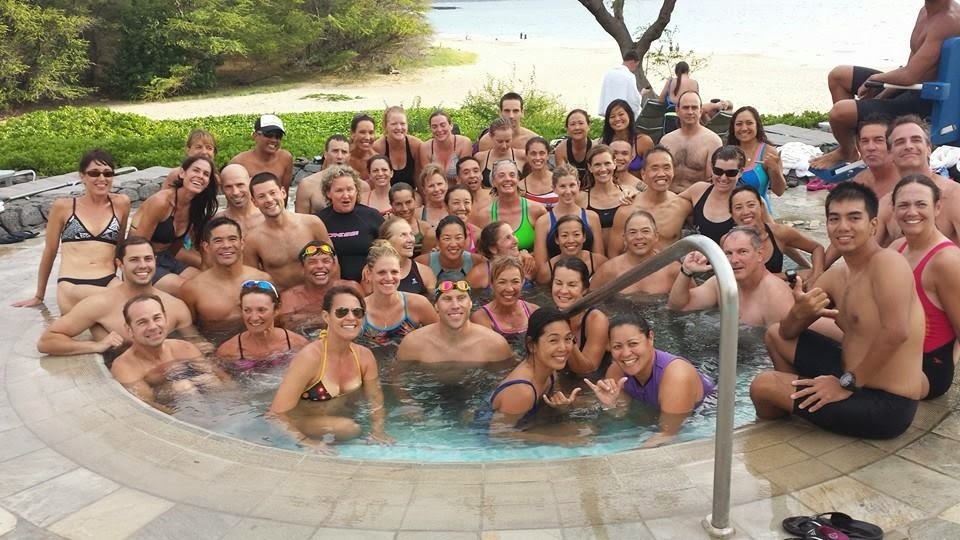 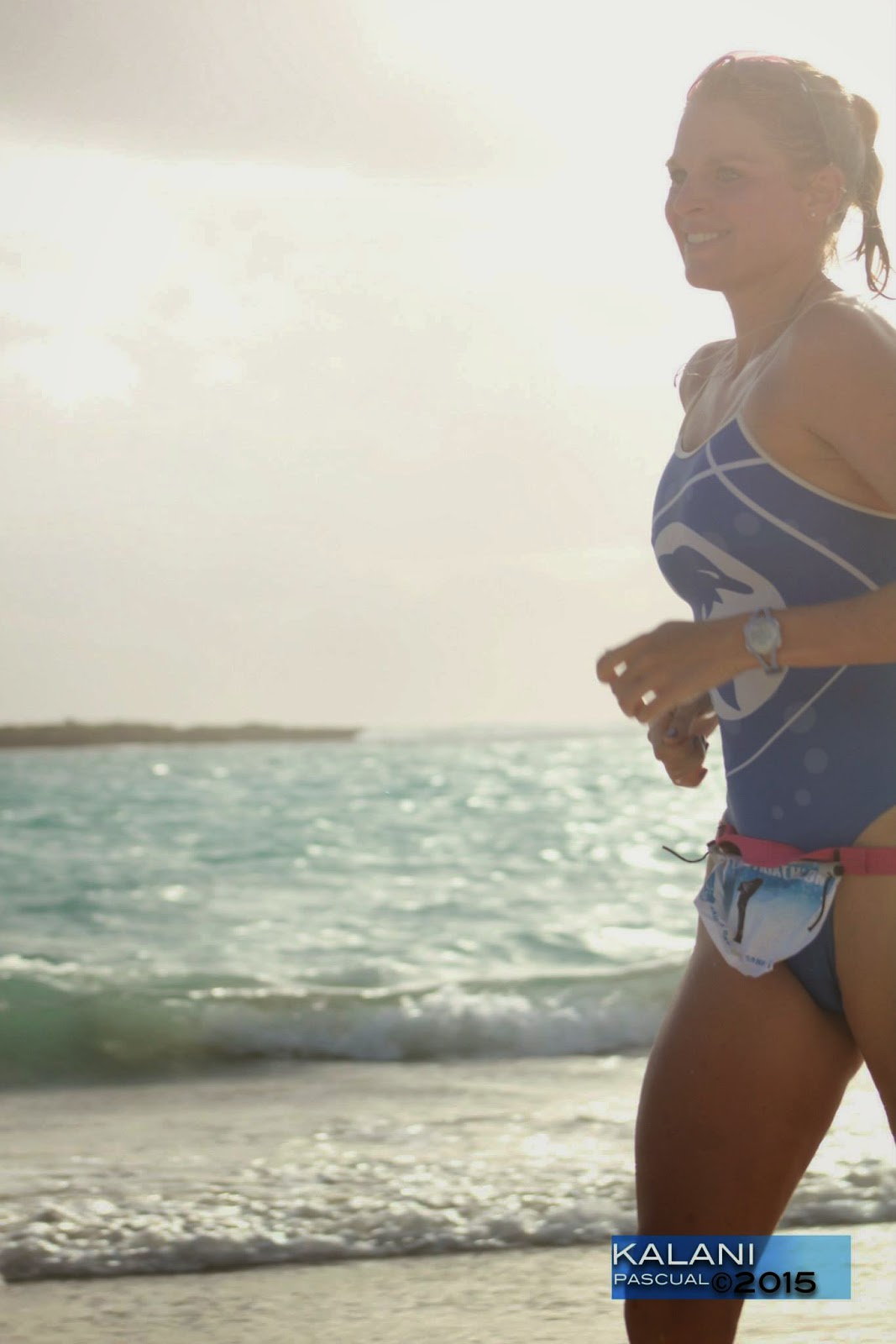 I look forward to this race every year. It's such a great, small-island, family-style race. The people, the entertainment, the atmosphere, everything about this race is fun. 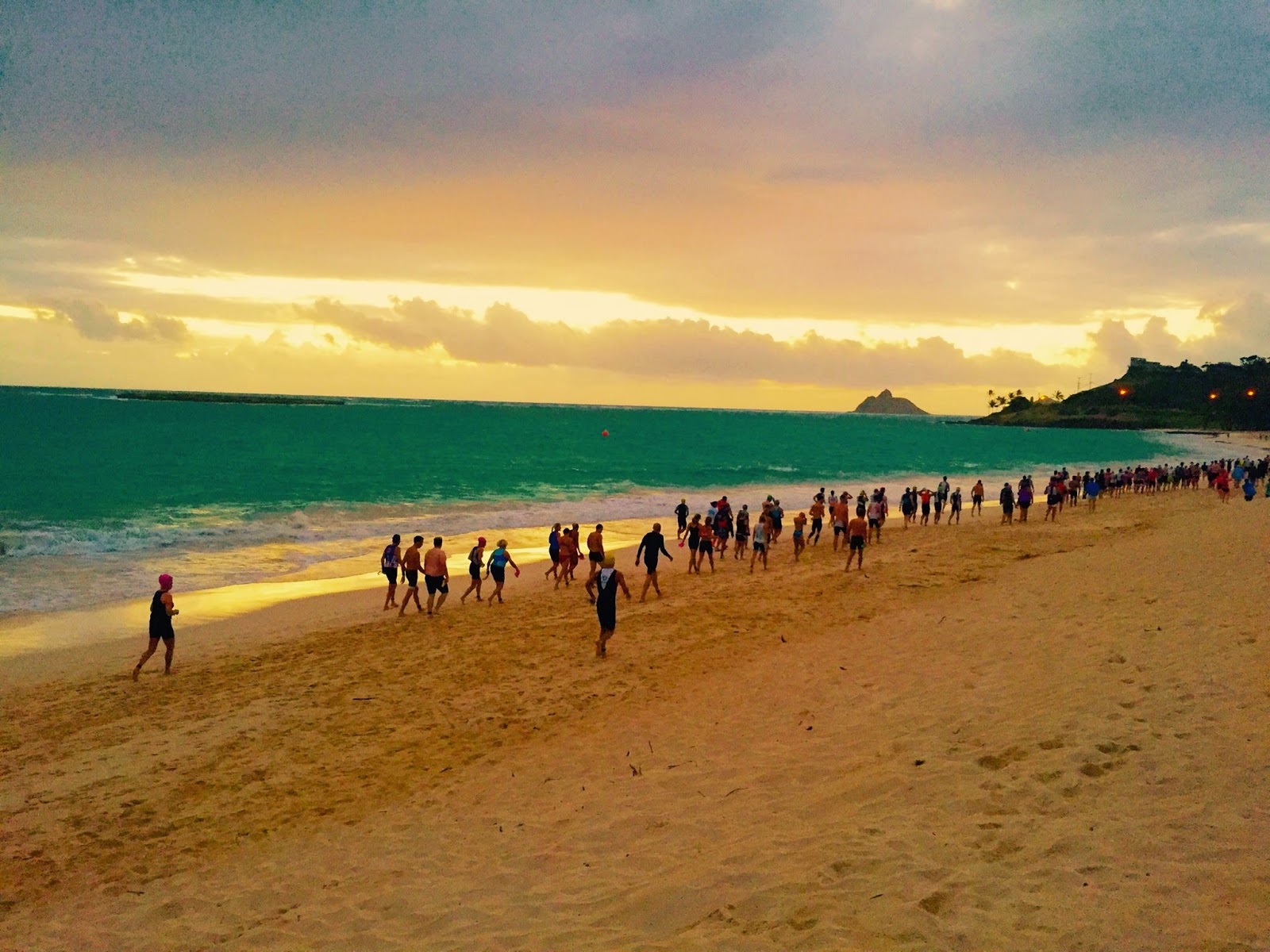 Who wouldn't want to start the day at a place like this? What a way to kick off the tri-season....in a beautiful home town race. 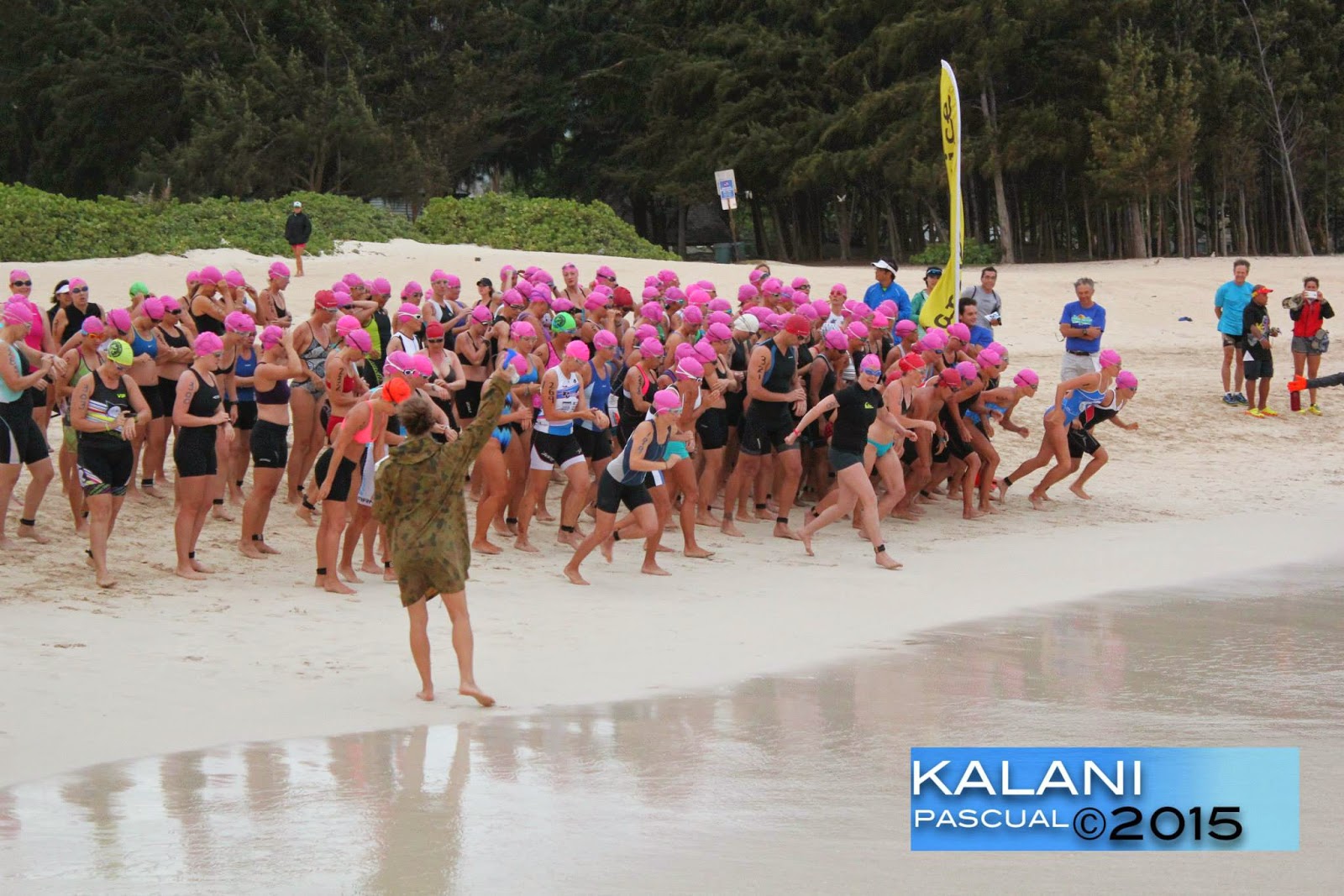 The swim is super short and fast. 6 minutes and change short. You never know what you're going to get in the waters of Kailua Bay, well, scratch that, it's usually pretty windy and choppy, Rarely do we get a calm, crystal clear, flat day in the bay. But the choppier and windier the better, at least that's what I prefer. I only wish the chop and the wind were working against us instead of pushing us in the right direction.

Women started 3 minutes back from the men (as usual). One of these days, just maybe a race can start the women first? No?! Probably not, so learning to swim and navigate through many people has become somewhat of a strong point for me, good thing because I was able to successfully navigate though the wind, chop and men which put me coming out of the water with the fastest swim time of the day (minus one relay swimmer)! 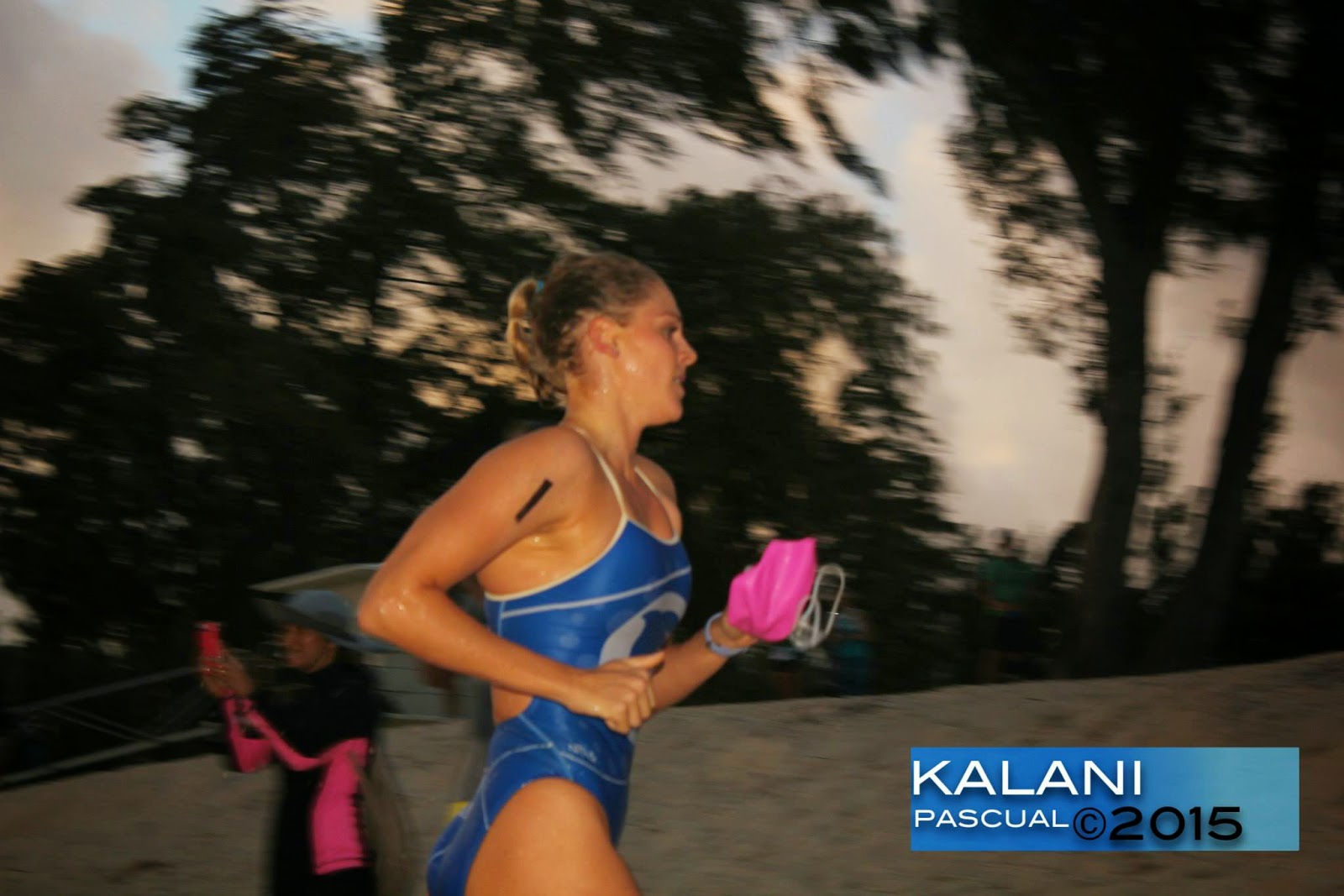 The swim was over before it started. Short run to transition and off on the bike. The bike course was altered this year because we couldn't gain access to the Marine Corps Base Hawaii (total bummer). But the course is the course and everyone is racing the same conditions. I struggle with being happy about my bike. I thought I was working hard and going fast, but in retrospect and thinking back on it today, I don't think I pushed as hard as I could have/should have (can I pedal any faster? yes can I push a bigger gear? yes. Not good during a race, Lectie). Giving a little more on the bike, wouldn't have taken away from my run. I think know I was just a wimp (one day I will do my new, pretty bike justice and ride it like it's meant to be ridden!). But there's nothing I can do about it now, other than learn from my mistake and not let it happen again.
The run is a relatively short, flat (4 minor bumps), fast run through a cute little neighborhood in Kailua, called Lanikai (side note: I would NOT recommend trying to drive into this neighborhood on any major holiday for fear/reality of getting stuck in grid-locked traffic for 3+ hours). 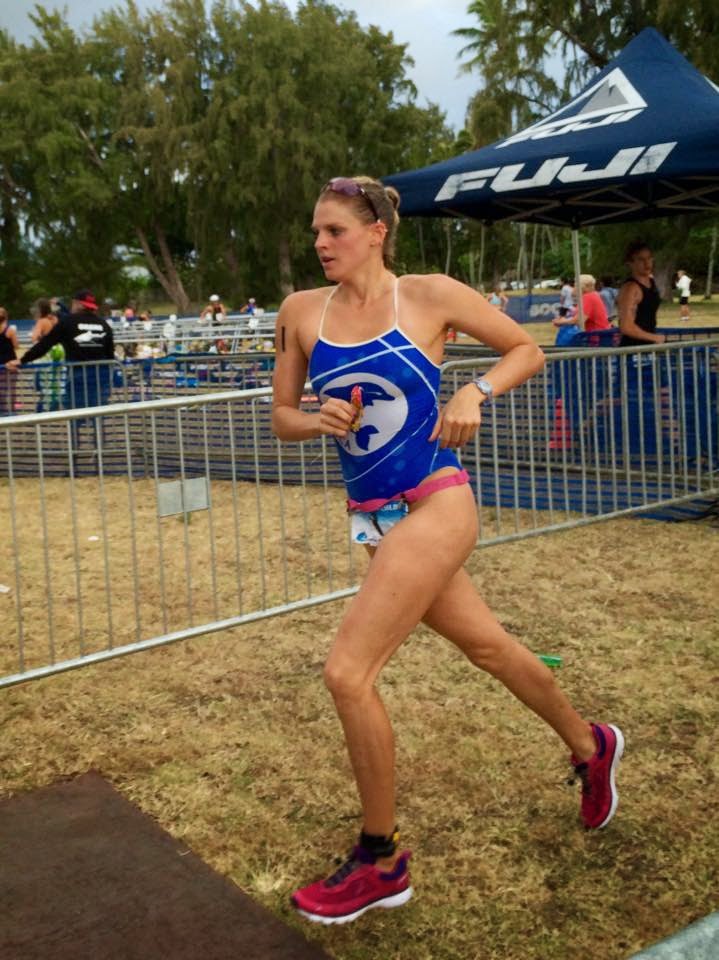 Now, there was some work to be done on the run. I felt good coming off the bike, which isn't a bad thing, but it's not a good thing either, when you don't feel like  know you didn't ride how you should have. Anyways, I was happy with my run. I'm confident that my run is coming along and I could sustain that run pace for many more miles. Does that mean I should/could have run faster, maybe, maybe not, but I'm happy with how my body was able to run yesterday. Confident of good running things to come in the future. 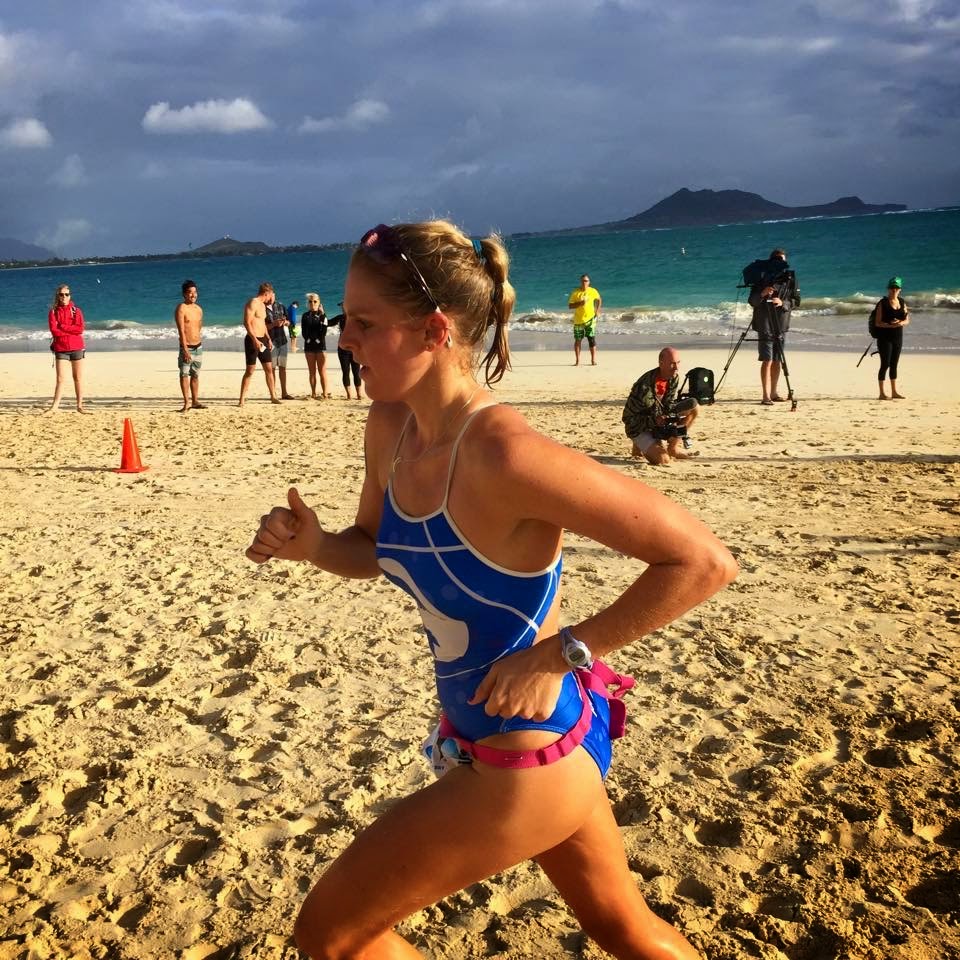 I love this race and will continue to support our fun, local races. There's nothing better than racing with friends, family and loved ones and hanging out enjoying the Aloha Spirit on a Sunday morning in paradise. 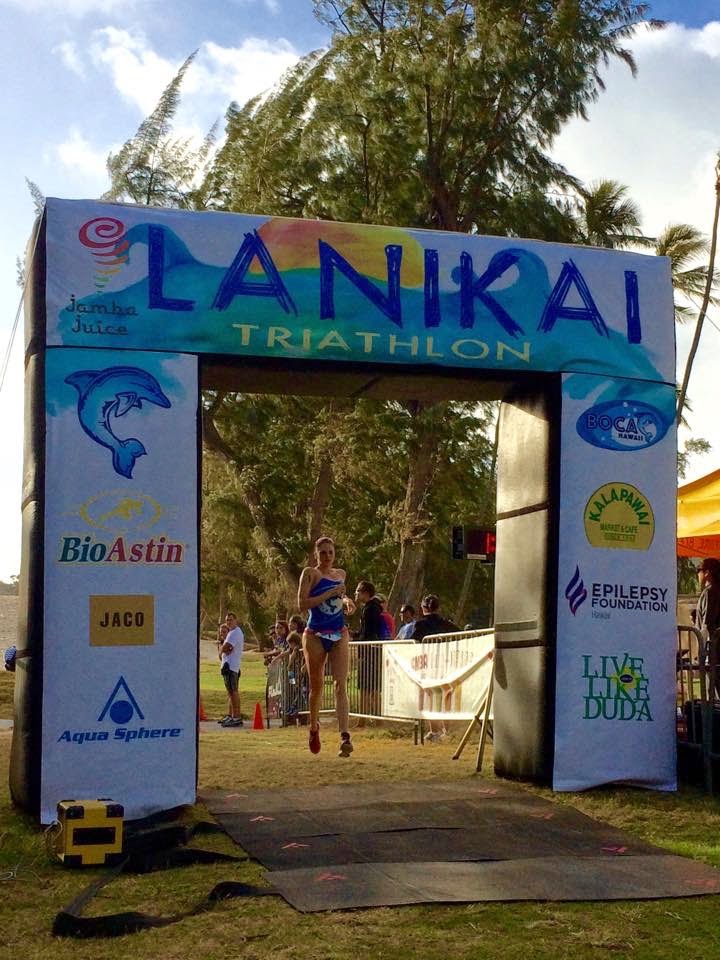 Thanks to Raul and Hina (and their team) at BOCA Hawaii for putting on a top-notch race, Planet Sun Hawaii for keeping me protected in the extreme Hawaiian Sun, BioAstin Hawaii for your natural, sustained energy that helps me train harder and recover faster, ROKA Sports for the best swim attire, hands down and SOAS Racing for the cutest, most fashionable, functional race kits out there. And Aaron, for putting up with my crazy when things get too triathlon-y!